Omar Farhad: “I came up with this interesting plot to point out the distance between the West and Afghanistan that is at least 500 hundred years behind from the rest of the civilized world.”

One of the most important facts that Omar Farhad wanted to point out in this short novel is the cultural distance between United States and Afghanistan.

He is working on a new novel called “Emotional Justifications” and it’s about new immigrants arriving from many corners of the world.

“Impressive debut novel, without a doubt” or “Riveting, gripping and definitely thought provoking” are some reviews from famous writers who recommend your first novel. Did you expect this great welcome from readers on your literary debut?
It is pleasure speaking with you Alberto. So far, I have received many warm welcomes from fellow writers and readers. I consider myself a droplet in the sea of great writers. Nevertheless, I was not expecting great comments from veteran writers.

You are receiving many nice reviews since you debuted, do you usually read them? If yes, which is your favorite?
Yes, I read each review on many websites such as goodreads and Amazon.com passionately. I also read in to it for advice, constructive criticism, and guidance from my readers and writers. To answer the second part of your question; each review bring out different emotions in my readers and it makes me happy that I was able to touch different readers on a different level. Each review is teaching me a new path in writing and therefore, I like each one for a different reason. END_OF_DOCUMENT_TOKEN_TO_BE_REPLACED

Janna Lei: “My true inspiration came from ‘ghosts’ that have followed me all throughout life”

The second book in the Josephine trilogy will be ready by January, 2015. It will be named, “Curse of the Blood Diamond”

The interview starts asking you to tell us how you realized you were ready to publish your first book. Did you have any doubt?
I realized that I was ready to publish my first book after 2 years and traveling across the country trying to run away from my horrible life. I always knew that I was a poet, but the written arts didn’t become quite as important to me until I went through some of the hardest times in my life. I was experiencing a really tumultuous time with my marriage and fell into a deep depression, where it seemed as though my only escape were words and dreams. I remember laying awake at night while the rest of the world slept, scribing my hopes, pains, wishes and dreams on loose leaf sheets of paper until my hand cramped and the wax from countless candles evaporated into the air of my desires. I’ve never doubted myself as far as writing or poetry is concerned,  but I had no idea that my words would reach as many readers as they have. When I published my book, I had big dreams of making money, but the more I learned about myself and life, the more I learned that money is the least important of my concerns.

“Defending Jacob” is the latest book by William Landay. The book tells the story of how peaceful life of Andy Barber, assistant district attorney, is shattered when their son is accused of murdering a classmate. The book addresses some questions: How far will a father go to protect his son? Do parents know their children? In “Defending Jacob” we find not only a book that tells the story of a crime; it is also a book about a family drama.
William Landay (born 1963, in Boston, Massachusetts) is an American novelist. He’s degree in law from Yale and Boston College Law School. Before turning to literature, he worked for many years like an assistant district attorney. William Landay is the author of the novels “Mission Flats” and “The Strangler“, the latter winning the Creasey Memorial Dagger for best first novel. With his last book, “Defending Jacob”, has conquered the charts of bestselling books in the United States.

“Defending Jacob” is not just a crime thriller; it is also a family drama. The book talks about how the possibility that a son might be a murderer affects a family. Do you think that this is one of the strengths of the novel?
Yes, I think one of the reasons the book has been such a hit in the US is that it is accessible to so many readers. It doesn’t matter is you tend to read crime stories or mysteries or family dramas or “literary” fiction, the book will likely appeal to you. In fact, the strongest and most frequent reaction I’ve had is “I don’t usually read crime or suspense novels, but I tried this one and I just couldn’t put it down.” It’s as if mainstream readers have forgotten how suspenseful and exciting reading can be! And maybe, too, we writers have forgotten (or taken too lightly) our obligation to entertain the reader.

Unfortunately, in the United States and other countries, crimes like the murder in the book are not uncommon, children killing other children. Why did you decide to write about this sensitive subject?
It wasn’t because such murders are in the news. I find that I can only write well if the story speaks to me personally, and those sorts of news stories don’t really interest me much — though obviously they sadden me. Really, I chose to write about this sort of case because I wanted to explore this idea that we cannot really know one another. Even the people who are closest to us — our children, our parents — are strangers in a way. There is a limit to how well we can understand any other person. I have two children myself, little boys ages 8 and 11, and like every parent I try to do the best that I can for them. But sometimes it is hard to understand these little strangers. And of course, sometimes, as every mother or father knows, it doesn’t matter how good a parent you are. Good parents produce bad kids, bad parents produce good kids — there is an element of randomness in how all our children turn out. Hard-wiring, it turns out, is just as important as good parenting. It is a troubling thought for any parent, and it is an anxiety I wanted to explore in my book.

END_OF_DOCUMENT_TOKEN_TO_BE_REPLACED 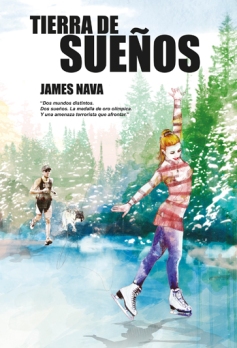 Alicia McCalla, an African-American writer who has the ability to encourage social change and activism along with fantasy, futurism and paranormal in her books

She is a social writer who looks for important topics to people of color. Her Genetic Revolution Series will conclude with Double Identity and The Revolution

Alicia McCalla is a native Detroiter who currently resides in metro Atlanta, USA. She works as a media specialist or school librarian in a local school district. She writes for both young adults and adults with her brand of multicultural urban fantasy, futurism, paranormal, romance and horror. Her first book, Breaking Free, is available in print or for immediate download. Also, Flee: The Short Story y The Soul Eaters.

You began to writing with only ten years old with an old typewriter of your grandmother, is it something that comes from family?
My family has a long history in Education and Social Work.  My grandmother did tell me about her great Uncle who wrote a book of poetry and her grandfather who wrote about his journey from slavery to freedom. I haven’t heard of other authors in my family. It seems to be me.

From always you have liked the unusual stories as imagination, horror or violence, why did you learn to hide your wild and outlandish stories from family and friends?
It was unusual for an African-American girl from Detroit, Michigan to read or write such stories. It just wasn’t cool to do.

You began to share your stories openly when you joined Romance Writers of America (RWA), what has it meant for you to join RWA?
RWA has been a wonderful experience. I am currently on the board of my local RWA chapter and have learned so much from the other writers in the organization. I don’t think I would’ve published without the mentorship and connections that I received from associating with RWA. END_OF_DOCUMENT_TOKEN_TO_BE_REPLACED 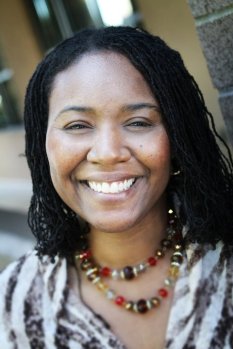